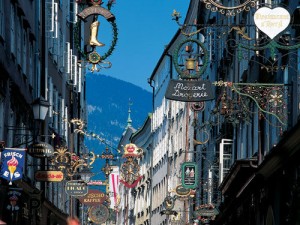 The Guardian informed in 2014 that now fhe west Austrian state of Salzburg will have to pay up to a total of €1m (£780,000) to local sex workers to compensate them for illegally charging them for medical checks.“These charges were introduced without any legal basis and we consequently must reimburse them as they are demanding,” the Salzburg provincial finance officer, Christian Stöckl, of the conservative Austrian People’s party, announced. Prostitution is legal in Austria but it is subject to strict regulations including regular medical examinations for sex workers.In 2010 the Salzburg state authorities imposed a €35 (£27) medical contribution on about 600 prostitutes who have to undergo weekly tests.The fee-charging measure, launched by the region’s former Social Democrat government, had been challenged by a brothel owner in the region.

Salzburg is a city near the German (Bavarian) border with a population of some 150,000 in 2013. Is known as Mozart’s birthplace. Salzburg isn’t big, but it is colorful. Whether you are in town for a stag night, a full weekend of partying or on a short trip – Salzburg has something perfect up its sleeve for everyone! Like in most other provinces of Austria, prostitution is legal but regulated in Salzburg, for both, clients and prostitutes. It is subject to federal province law, which in turn delegates the right to give the permission to open a brothel to the communities and the “Amt für öffentliche Ordnung”.However, there is a rule that brothels are not supposed to be run within a radius of 300 metres to a public zone such as schools, hospitals, army camps, playgrounds or religious buildings such as churches or synagogues.Therefore, there is little or no need to “cover” prostitution as escort services or night clubs – this explains why you will find brothels at quite a number of spots in Salzburg. Escort girls and prostitutes in Salzburg are registered, pay tax and have to attend biweekly health checks. Street prostitution and “private” brothels (“single workers”) are prohibited, but do happen especially through part-time prostitutes strolling up and down Elisabethstraße, Fanny-von-Lehner-Straße and Sterneck-Straße near the station at night. Not the best part of the town, anyway

If you have already booked escort girl srvice for all night you can have fun visiting the bars and clubs in Salzburg.There are basically three areas of the city where you can stroll from one watering hole to the next: Along the Rudolfskai, you will find a number of trendy bars and traditional-style Irish pubs. At the corner of Anton-Neumayer-Platz and the Gstättengasse, one club stands practically shoulder-to-shoulder with the next. And the third epicenter of the night is on and around the Steingasse. 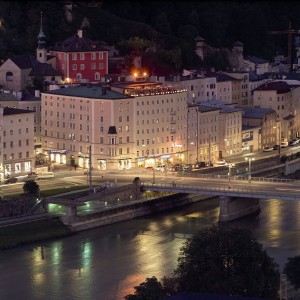 Most of the prostitution in Salzburg City and in surrounding areas happens in brothels. You can also find many independent Escorts working around the city in private flats. Street prostitution is generally illegal in Austria, so by going to a brothel, clients could avoid ending up with an unchecked, illegal sex worker. Often, this does not happen for financial reason – street hookers are cheaper.

Most brothels are easy to recognise: Red lanterns indicate the business of the house and red hearts in the windows should attract clients. Brothels in Austria in general are often located in studio apartments. Austria′s biggest red-light district is the Gürtel road in Vienna, where nightclubs and brothels fill a boulevard over the course of several blocks.Since Vienna is a very inclusive place, the borders of this “district” are blurred and not as sharply drawn as in places like Hamburg or Amsterdam. But the oldest brothel of Austria is probably the one in the “Herrengasse” (appropriately meaning “gentleman′s lane”) in Salzburg, founded in 1547.

After entering the whore house, the customer gets to choose a girl from a various of naked or sexy drssed ladeis presented and then gets to go to the room with her. Usually there is a shower in the room, so you can clean before and after. Often there is 1 to 10 girls working in a Austrian bordello. Brothels offer more privacy than the Sex clubs. Sex clubs are also popular in Austria like wise they are common in Germany. Some of the Sex Clubs have a wellness areas that include a swimming pool, saunas, solarium, whirlpool or other things. Entrance fee is usually around 30 to 60€ and this price inludes ofren soften drinks and alcohol. Half hour with the sex club girls cost often 50 to 100€.

A Laufhaus is a place where sex workers rent a room where they can serve clients. Usually prostitutes can arrange their working schedule and decide the pricing themself, but sometimes the schedules and prices are decided by the brothel owner. The clients walk through the corridors of the house (hence the name: Laufhaus/Walk House) to see and negotiate with the prostitutes. Some Laufhäuser have entrance fee, but often the entrance is free.

There prostitution is allowed only in authorized brothels, but there are still many unauthorized bordellos. Brothel advertising is currently banned only in Styria State.

Partytreffs and Pauschalclubs are a variation on partner-swapping swing clubs with (sometimes, but not always) paid prostitutes in attendance, as well as ‘amateur’ girls and couples. Single men pay a flat-rate entrance charge of about 50 to 150 euros, which includes food, drink and unlimited sex sessions, with the added twist that these are performed in the open in full view of all the guests. Ladies normally pay a lower entrance fee than men or no entrance fee at all.

If you like to relax and receive an Erotic massage. In Austria, there are Asian Massage Parlors, where you often pay first for the massage and when the massage is coming to end, you will be asked if you want a Happy Ending. Most of the time one hour massage at the Asian Massage Salons cost around 50-100€ and Happy Ending will cost around 20-100€, depending if you choose a hand-job or a sexual intercourse. Then there are also Massage Brothels, where you have to decide what you want, before receiving the massage. These places usually have a menu with options listed, such as “1 hour massage and hand job” for 100€.

Strip bars, also known as Night Clubs or Gentleman’s Clubs, are great in Salzburg. These bars offer sometimes cheap and sometimes very expensive drinks in a erotic athmosphere, often with half or fully-dancers providing entertainment on stage. These strippers can often be hired for private lap dances and, in some clubs, they can also be hired as escorts. Most Kontaktbars are just normal bars where you just happen to see many sex workers, with or without the owner’s consent, but you often also get “normal” people besides (it can be quite amusing and/or instructive to settle down with a drink and watch discretely). 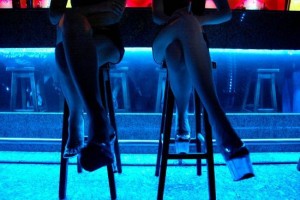 Babylon is a maybe the best strip/night club in Salzburg region. There are very classy girls, nice entertainment, but place is not cheap.

Unlike in German and Dutch cities, most Austrian towns don’t have Red-light districts. Of course the number of the sex workers is highest in the capital, Vienna, but there is significant existence of prostitutes in other cities too. Thanks to the legality of the sexual services, more and more girls come to the country to work in the nightlife.Prostitution in Austria is legal and regulated. This is an example of regulated prostitution. Prostitution is legal but restricted by several regulations. Around 90 percent of all sex workers in Austria are migrants, mainly from the former Eastern Bloc countries.In Vienna the figures are almost the same; 38 percent of the registered prostitutes in Vienna came from Romania, 26 percent from Hungary, and 10 percent from Bulgaria.Sex workers operating legally in Austria were, according to the police mostly from the European Union: They come from Romania (29 percent),Hungary (25 percent), Bulgaria (15 percent), Slovakia (eight percent) or the Czech Republic (six percent). The proportion of Austrians is four percent. From non-EU countries, most sex workers were from Nigeria. Perhaps surprisingly for a rather conservative nation, Austria’s attitude towards nudity is one of the most relaxed in Europe. The display of full nudity in the mainstream media and advertising can be a shock for many visitors, especially those from outside Europe. It is not uncommon for women to bathe topless in beaches and recreational areas in summer.